Photo of the week: The InfoGuy of Melbourne

Email ThisBlogThis!Share to TwitterShare to FacebookShare to Pinterest
Labels: InfoGuy of Melbourne, Photo of the week, Robert Gillespie 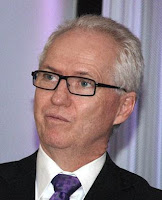 All are welcome to attend the Bioethics Theory and Practice Seminars at no cost. Details:

Coeliac disease is a condition in which the immune system launches an inflammatory response to gluten. In healthy individuals, this immune reaction does not occur. Due to the inflammatory response, patients with coeliac disease typically have damaged small intestines which can lead to malnutrition, weight loss and gastrointestinal symptoms such as nausea and bloating.

Monash researchers from the Eastern Health Clinical School and supervised by Professor Peter Gibson from the Department of Gastroenterology at the Central Clinical School aimed to determine the time frame in which intestinal damage and associated nutritional deficiencies caused by coeliac disease were successfully treated.

Pitfalls of using mobile phone photos for the diagnosis of patients

Smart (mobile) phones allow for rapid and multi-faceted communication between people. This feature of smart phones has been used with success within the clinic, allowing for real-time collaboration of doctors on specific cases when not everyone is present.

However, as recently outlined in a short report lead authored by Monash University medical student Jarrel Seah, this useful technology has been shown to have a down side. A 45-year old woman was treated surgically for a brain aneurysm at the Alfred Hospital. A CT scan following the operation revealed the development of an area of the brain with poor blood flow.

The patient subsequently developed high intracranial (within the skull) pressure in the intensive care unit. This prompted another scan, and a mobile phone photo was taken of the computer screen upon which the scan was being viewed.

Returning to work after major trauma

In high income countries, injury-related deaths have decreased between 1990 and 2013. This higher likelihood for survival following serious injury is attributed to effective prevention strategies and improved patient care. However there is still a limited understanding of the quality of patients’ recovery, how long recovery takes, and the proportion of injured patients who suffer lifelong disability.

The aim of a study conducted by Monash researchers from the Department of Epidemiology and Preventive Medicine (DEPM) and the Department of Surgery, alongside trauma services based at the Alfred hospital and collaborators from a number of different institutes, was to describe the long-term return to work and function of major trauma patients.

Adult major trauma survivors were assessed between 2007 and 2012 in Victoria at 6, 12 and 24 months after leaving hospital. Of the 8128 patients who were followed up, 23% had returned to their pre-injury condition by 24 months. Of those working or studying prior to injury, 70% had returned to work/study by 24 months. These outcomes were found to be influenced by multiple factors including age, socio-economic status and presence of pre-existing health conditions.

This study concluded that function and return to work improved with time following injury thus indicating that further improvements in health and quality of life may be expected after 24 months. However, ongoing disability was still prevalent at 24 months highlighting the need for future studies spanning longer than 24 months to fully assess the burden of major trauma on the lives of those affected.

The data collected in this study will assist with predicting the outcome of major trauma for individual patients and improve trauma services. This study also advocates for the improvement of rehabilitative and disability services to better the long-term health outcomes for patients.

An Early-Mid Career Researchers (EMCR) Committee currently operates at the AMREP site and encompass EMCRs from Monash, BakerIDI, Burnet and the Alfred. Our primary purpose is to promote scientific exchange and oversee the professional development of EMCRs (1-15 years post-doc) and post-graduate students on the Alfred Medical Research and Education Precinct (AMREP) site.

Monash Alfred Psychiatry Research Centre (MAPrc) is seeking volunteers diagnosed with schizophrenia to participate in a new study looking at the effectiveness of Ondansetron in reducing positive, negative and cognitive symptoms of schizophrenia.


What does our research involve?

• 12 week trial consisting of 5 study visits
• Two participant groups – patients taking clozapine and patients taking other atypical antipsychotic
• Participants in each group will be randomised to receive either ondansetron or placebo.

Perspective: What will personalised medicine be worth by 2020? 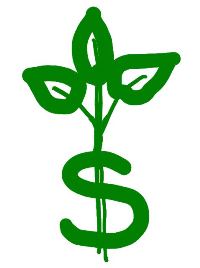 New research indicates that the core personalized medicine market will be worth over $149 billion by 2020 with a compound annual growth rate (CAGR) of 8.74%.

"The total personalised targeted therapeutic market, for all indications, will grow at a CAGR of 6.47% over the next five years. Strong vertical growth in the companion diagnostic segment however will see a CAGR of 23.71% to 2020, mainly coming from oncology, cardiovascular and infectious disease (HIV/HCV) tests. Advancing technologies within the liquid biopsy market is also driving the market and will see strategic growth over the next five years with a CAGR of 20.6%. The two segments of the liquid biopsy market are tumor cell enrichment products and tumor cell detection technologies."