SAVE THE DATE: Primary Immunodeficiencies Symposium this October

October 11th sees the second annual symposium of the Jeffrey Modell Foundation (JMF) Centre for Primary Immunodeficiencies Melbourne, hosted by our own Dr Emily Edwards. The event theme is ‘Bridging Research and Care for Patients’, and it promises to provide stimulating content relevant to researchers in immunology, infectious diseases, and gastrointestinal medicine among others.

The Department of Immunology and Pathology’s A/Prof Menno van Zelm serves as the Director of the JMF Centre Melbourne, and Dr Emily Edwards is acting as conference host. Emily’s work focuses on investigating the impact of genetic mutations on B cell differentiation and function in patients with primary immunodeficiencies. She’ll be presenting on flow cytometry approaches to diagnosis and identification of prognostic markers for the development of non-infectious complications in primary immune deficiencies.
Read more »
1 comment: Links to this post

The Australian Government’s PBS urgently needs to update prescribing rules governing the use of anti-epileptic drugs that are putting unborn children and doctors at risk, the head of Monash University’s Department of Neuroscience has warned.

Professor Terence O’Brien said in a recent opinion piece in the Australian Medical Journal, co-authored with Professor Christian Gericke from the University of Queensland, that PBS rules for prescribing anti-epileptic drugs (AED) were 30 years old, and conflicted with those of regulatory agencies in the US and Europe.

Current PBS rules mandate that patients should be prescribed the older anti-epileptic drugs first, and only in patients in whom these fail can the newer generation drugs be prescribed. For patients with generalised epilepsies (when seizures start in both hemispheres of the brain) this means they need to be prescribed valproate first. Valproate is the most effective drug for patients with this group of epilepsies, but is associated with a high risk of birth defects, including spina bifida, and neurological development problems such as autism in babies, Professor O’Brien said. 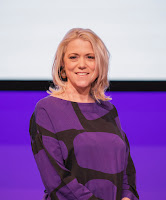 Professor Natasha Lannin has recently joined the Central Clinical School’s Neuroscience Department from La Trobe University, running a group that researches life after neurological events. With their emphasis on rehabilitation, long-term outcomes and ongoing quality of life, the group’s work looks set to complement the Department’s current research portfolio, much of which focusses on prevention, diagnosis and treatment.

Natasha  - or Tash as she is happy to be called - also has a strong research interest in the implementation of clinical trial findings into medical practice, following her own experiences as a clinical trialist frustrated by slow adoption of new evidence. This has been a focus of much of her post-doctoral work, and will emerge as a theme in the studies that the new group undertakes.