Monash University's 3rd annual Translational Research Symposium is being hosted by its three metropolitan clinical schools on 31 July 2017. The symposium will host a diverse group of medical researchers presenting their work into translational research. RSVP here.

Doctor Claudia Nold is a research group head for the Interventional Immunology in Neonatal Diseases group and also part of the School of Clinical Sciences at Monash Health.

Monash University's 3rd annual Translational Research Symposium is being hosted by its three metropolitan clinical schools on 31 July 2017. The symposium will host a diverse group of medical researchers presenting their work into translational research. RSVP here.

Associate Professor Menno C. van Zelm is the head of the B cell differentiation laboratory in the Department of Immunology at Monash.

Changing the way we treat diabetes and its complications: 19 October CCS public lecture


Since the discovery of insulin over 90 years ago and a number of oral tablets after the second world war there was very little change in the treatment of type 2 diabetes until the last decade.  In the last 10 years there have been dramatic improvements in the way we treat type 2 diabetes also known as maturity onset diabetes, a condition that has become arguably the largest worldwide epidemic as the world has industrialised with increasing obesity and reduced exercise.

See detail here or below. All welcome,  RSVP for catering.

The 3rd annual Monash University Translational Research (TR) Symposium will be held 31 July 2017. The event is hosted by the three Monash clinical schools and will showcase the diverse research from these schools.

A Young Investigator poster competition will be held, with a winning prize of $500. The competition is open to graduate student and early career researchers, who are within 5 years of completing their PhD. Entries close 3 July!

Recent publications for Central Clinical School affiliated authors in the following departments. Note, browse down this entry for pubs listing. Linked headings are to the departments' home pages.

It has long been a conundrum for clinicians and researchers pondering cardiovascular disease; a 90-year-old overweight man who has been smoking heavily all his life is admitted to hospital with an unrelated condition and is found to have a healthy heart while a fit 25-year-old athlete elsewhere inexplicably dies of a massive heart attack.

Now, scientists from the Australian Centre for Blood Diseases, Monash University, Northern Health and the University of Melbourne are collaboratively evaluating a new blood test that could add to the surrogate measures currently used clinically as an assessment of cardiovascular risk. Currently no such blood test exists, they say.

Prostate cancer is the most frequent male cancer and the third most common cause of cancer death in Australia.

With an exponentially ageing population and lengthening life expectancy, the burden of this cancer – already a disease of older males – is going to be what Monash University Associate Professor Jeremy Grummet calls “massive”. The number of Australians aged 65 and over is expected to increase from around 2.5 million in 2002 to 6.2 million in 2042; from around 13 per cent of the population to 25 per cent.

Healthy volunteers are required for a study investigating the optimal increase in dietary fibre to improve bowel movement and gut bacteria. This study involves volunteers consuming nutritionally balanced diets that vary only in their dietary fibre content, over an entire period of 8 weeks. All cooked food will be supplied. Participants will be asked to purchase the fresh food component of the diet. All the diets have been designed and prepared by a fully qualified and experienced professional chef.

Participants sought: Can fibromyalgia be reduced by brain stimulation? 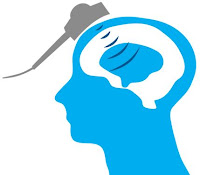 The Monash Alfred Psychiatry Research Centre (MAPrc) at the Alfred Hospital is currently seeking volunteers for a clinical trial of a non-medication investigational treatment for fibromyalgia.

Theta Burst Stimulation (TBS) is a painless, safe, and non-invasive means of stimulating nerve cells in the brain. We are conducting this study to see whether we can reduce the symptoms of fibromyalgia.

To be involved, participants must be aged between 18 and 75 years and have a diagnosis of fibromyalgia. Participation will involve attending the Alfred for an initial 2 week period of daily (Monday-Friday) treatments followed by a 2 week period of 3 treatments per week. Each treatment appointment takes approximately 30 minutes. 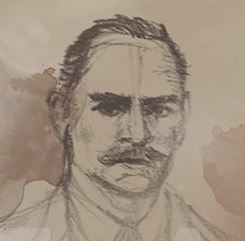 Let there be peace! the clarion call of Melbourne’s most famous son, John Monash, opens a new massed choral work premiering in Hamer Hall on September 9. Composed by David Kram and Poet Kevin O’Flaherty, PEACE is the first musical work to tell the story of the great man’s life.