Video of the week: Kit Fairley on why sex work matters to everyone


Professor Christopher Fairley is Director of the Melbourne Sexual Health Centre, and argues that evidence should be used to develop public policy for regulation of sex work. He gives examples of effective public policy (4:43), including when Prime Minister Gough Whitlam introduced Medicare and brought health care costs down, so poorer people could visit a doctor when sick and be treated, and Health Minister Neil Blewett's introduction of needle exchange programs. http://www.med.monash.edu.au/cecs/events/2015-tr-symposium.html
Links:

Central Clinical School has regular seminar series and postgraduate presentations. All event notices are maintained on the CCS Events calendar.
CCS staff & students can see details of both public and local events (including professional development courses, trade fairs and Graduate Research Student calendars) and deadlines, at the Intranet's Announcements page.

Single cell analysis is a staple method of investigation in life sciences as populations can be very diverse. Averages from samples of many cells do not explain the range of behaviour from individual cells and existing systems for cell capture have  drawbacks.

There is growing interest in using food choice/dietary change to influence clinical outcomes in patients with irritable bowel syndrome (IBS). The low fermentable oligo-, di-, mono-saccharides, and polyols (FODMAPs) diet is an evidence-based approach that is increasingly used in many Western countries, and holds great promise in treating IBS patients in East and Southeast Asia. However, the success of this dietary approach greatly depends on detailed knowledge about the FODMAP composition of food commonly consumed in that country.

Understanding the design of effective particle-based vaccines against malaria

Malaria vaccine research has been ongoing since the 1980s with limited success. However, recent improvements in our understanding of the immune responses required to combat each stage of infection will allow for intelligent design of both antigens and their associated delivery vaccine vehicles/vectors. Synthetic carriers (also known as vectors) are usually particulate and have multiple properties, which can be varied to control how an associated vaccine interacts with the host, and consequently how the immune response develops.

When gay community subcultures are better understood, improved HIV prevention measures can be promoted and implemented.

Gay and bisexual men (GBM) who participate in gay community subcultures have different profiles, including differing risk behaviors. The authors examined men's participation in gay community subcultures, and its association with risk behavior. In a cross-sectional survey, 849 GBM provided information about men in their personal networks. We devised measures of their participation in five subcultural groupings and explored their associations with sexual behavior. We identified five subcultural groupings: sexually adventurous; bear tribes; alternative queer; party scene; and sexually conservative.

HIV prevention strategies need to account for the different subcultural groupings in which GBM participate. Measures of engagement with gay subcultures are useful indicators of differential rates of risk behavior and modes of participation in gay community life. Men in more sexually adventurous subcultures are more likely to engage in sexual risk behavior.

Congratulations to Dr Mutsa Madondo on his recent PhD award! 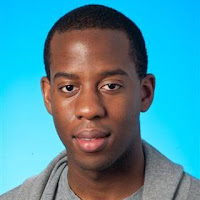 Congratulations to Dr Mutsa Madondo who graduated Friday 30 October 2015. His thesis title is "Immunomodulatory effects of cyclophosphamide: optimising treatment for improved efficacy in patients with refractory gynaecological cancers", supervised by Prof Magdalena Plebanski, head of Vaccine and Infectious Diseases Laboratory and Dr Sue Xiang in the Department of Immunology.

Mutsa's thesis investigated the effects of cyclophosphamide (a chemotherapy drug) on the immune system of patients with gynaecological cancers. It found that the drug was able to promote activation of specific immune cells that are capable of killing tumour cells. The drug also enabled these cells to migrate towards the tumour. These findings were associated with improved patient survival and disease stability. This research also identified differences between patients that responded to treatment and those that did not, and found new targets that could potentially improve treatment outcomes for patients.

Mutsa is now a postdoctoral fellow in Prof Plebanski's lab continuing to work on understanding immune suppression in gynaecological cancer patients.
No comments: Links to this post

A/Prof Anne Powell and the sport of curling

Associate Professor Anne Powell is the new Director of CCS's Medical Education program.  She is a rheumatologist and general physician, and also Director of Physician Education at Alfred Health. She did her undergraduate training at Monash University so she has a lifetime experience of Monash's medical education system.

One of Anne's passions in life is a winter sport called curling.

Monash University is getting behind the Movember movement and we'd love to have your support.

Join the Monash University Medicine team or donate at moteam.co/monash-university-medicine.

Why contribute? Did you know that gender is one of the strongest and most consistent predictors of health and life expectancy.