Central Clinical School held its annual public lecture last night (Thursday 19 October 2017), given by Professor Mark Cooper AO, head of CCS's new Department of Diabetes.  A vivid example of the effect of diabetes on our bodies as we age was about how our body tissues are modified by advanced glycation end (AGE) products: "We barbecue with age, and diabetes cooks us quicker". See slide show. Photo gallery and video to be published soon.

CCS staff and students can see details of both public and local events (including professional development courses, trade fairs and Graduate Research Student calendars) and deadlines, at the CCS intranet's Announcements page

Recent publications for Central Clinical School affiliated authors in the following departments. Note, browse down this entry for complete publications list. Linked headings for each section are to the departments' home pages.

Listerine for gonorrhoea under the microscope again

Early this year we reported that a study by Melbourne Sexual Health Centre (MSHC) researchers found that gargling with Listerine mouthwash could inhibit the growth of the bacteria responsible for pharyngeal gonorrhoea.

The study of gay and bisexual men, while preliminary, attracted global attention. It was widely reported in the media including in newspapers, on radio, online, YouTube and Twitter, and attracted what co-author Dr Eric Chow said was a "massive" amount of emails.

Congratulations to our NHMRC & MRFF Fellows for 2018!

Congratulations to all our National Health and Medical Research Council (NHMRC) Fellowship recipients in Central Clinical School (CCS) starting in 2018! We will write separate features on the Medical Research Future Fund (MRFF) recipients, Karen Alt and Patrick Kwan.
In addition to the CCS based recipients listed below, we would also like to congratulate Patrick Kwan who is in the process of transferring his grants to CCS.
Read more »
No comments: 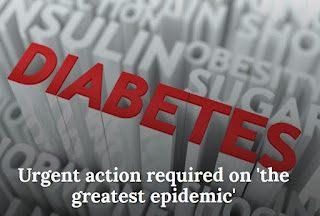 One of the world's leading experts on diabetes has slammed Australia's use of "60-year-old drugs" as first-line treatments for the disease impacting around two million people.

Jacqueline completed a Bachelor of Psychology (with Honours) at Monash University.