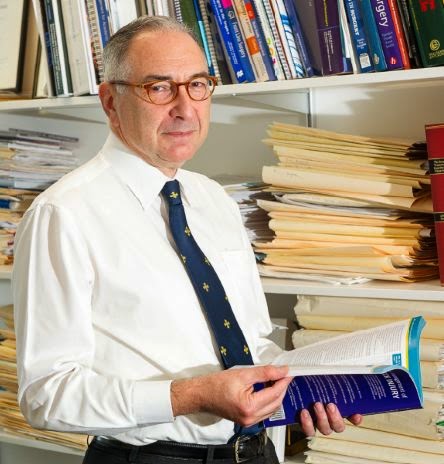 It is with great pride (and a certain degree of sadness) that I write to announce that Professor Jeffrey V. Rosenfeld AM, OBE, KStJ has signalled his intent to step down as Professor and Head, Division of Clinical Sciences and Department of Surgery, Central Clinical School, Monash University, and Professor and Director, Department of Neurosurgery, Alfred Hospital to assume the prestigious and strategically pivotal position of Founding Director, Monash Institute of Medical Engineering (MIME).


Jeffrey’s contribution to the Central Clinical School has been immense, and it is impossible to do justice to this in a few words. Suffice to say, he is one of Australia’s leading academic neurosurgeons with more than 233 peer reviewed articles (including Lancet, Lancet Neurology and NEJM), 40 book chapters and 2 books with over 3000 citations; he has been awarded $21.050 million of competitive grant funding including $9.9 million from the ARC and $5.470 million from the NH&MRC; he is a Principal Investigator within the Monash Bionic Vision Group, which aims to develop a bionic vision direct to brain implant with a first-in-human implant in 2015; he has been a visiting professor in the UK, USA, China, Japan, Thailand, India, Vietnam, Fiji, Papua New Guinea, Singapore, Israel and Malaysia and has developed a keen interest in developing specialist medical services, particularly neurosurgery, to the developing world; he has held numerous leadership positions in the School, Hospital, University, Society, College and public domains as well as providing remarkable service to his country as Major-General in the Australian Defence Forces and Surgeon General ADF (Reserves).

Professor Rosenfeld was awarded the Centenary Medal by the Commonwealth Government of Australia May 2003, awarded Membership of the Order of Australia (AM) in the Queens Birthday Honours June 2011 and Officer of The Order of the British Empire (OBE) for services to neurosurgery and the University of Papua New Guinea School of Medicine, Queen’s Birthday Honours list 2013.

Jeffrey will remain as Head of Neurosurgery and Professor of Surgery until suitable successors are appointed. Beyond this, he will remain as part of the Neurosurgical Unit at Alfred Health and as an Adjunct Professor of the Central Clinical School. I am sure you will all join with me to wish Jeffrey the very best for this exciting new venture.