Rise in gonorrhoea infection in women linked to overseas travel. 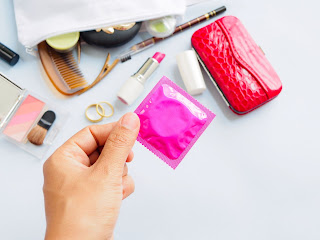 A recent study led by the Melbourne Sexual Health Centre has explored the unexplained increase in gonorrhoea cases among females in Australian major cities. In 2018, the Kirby Institute for infection and immunity in society reported that there was a 56% increase in women with the infection between 2013 and 2017. Analysis of 13,843 patient records attending the Melbourne Sexual Health Centre between January 2008 and March 2015 highlighted a four-fold increase, similar to the rise in
gonorrhoea that has been reported among the MSM (Men who have Sex with Men) population in Australia.

In the multivariable analysis, there was no link between gonorrhoea positivity and age, country of birth, number of male partners, condomless sex, or drug use behaviours, suggesting another cause for the increase.

What the study did unveil was that females who have sex with a partner from a higher-prevalence country are at a higher risk of acquiring gonorrhoea. Higher-prevalence countries included East and South-East Asian countries such as Brunei, Cambodia, China, East Timor, Indonesia, Laos, Malaysia, Myanmar, Philippines, Singapore, Thailand and Vietnam as these countries had high incidence rate of gonorrhoea among their female population (i.e. more than 100 per 100,000 females).

Interestingly, the Australian Bureau of Statistics reported that the number of short-term resident departures almost doubled from 5.8 million in 2008 to 9.5 million in 2015. The number of females that reported sex with someone overseas during this time also increased significantly.

Associate Professor Eric Chow, senior sexual health epidemiologist and biostatistician based at the Melbourne Sexual Health Centre (MSHC) stresses the public health message to emerge from the research, “All women attending the Melbourne Sexual Health Centre are screened for gonorrhoea because they are likely to be at higher risk. However, screening for gonorrhoea in asymptomatic women is not currently recommended, as per the Australian screening guidelines. All women who travel overseas and have sex with someone from a higher-prevalence country should be tested for gonorrhoea and other STIs including chlamydia and syphilis, as well as HIV.”