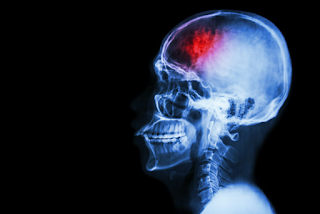 A study by Monash University’s Australian Centre for Blood Diseases (ACBD) into a drug commonly used to remove blot clots in stroke suggests it may weaken the immune system.

The study, published in Frontiers in Immunology, found that t-PA (tissue-type
plasminogen activator) affected several aspects related to the immune system in a mouse model of acute ischemic stroke (AIS). Ischemic stroke is caused when a blood vessel supplying blood to the brain is obstructed by a clot, and accounts for 80 per cent of all types of stroke. It is a leading cause of disability and mortality worldwide.

As an enzyme t-PA catalyses the conversion of plasminogen to plasmin, a main enzyme responsible for clot breakdown. It is currently the only FDA-approved pharmacological treatment for AIS.

ACBD scientist Dr Be’eri Niego said it had been well-established that brain injuries due to stroke compromised patient immunity, leading to high rates of infection after AIS.

“Brain injury sends signals to the immune system to shut down,” Dr Niego said. “Infection in stroke patients puts additional complications on top of their recovery and the issues stroke creates, like motor deficits and cognitive issues,” he said.

“The interesting part is that evidence from our lab and other labs in the last few years showed that plasmin also interacts with the immune system. It can go either way; creating inflammation or being immuno-suppressive.

“We thought perhaps if we’re giving a drug that potentially depresses the immune system to patients, that because of their brain injury are already immune-compromised, we’re stepping into a dangerous territory.”

Dr Niego said that while t-PA is undoubtedly beneficial as a clot-busting therapy, it does not succeed in fully removing the obstructing clot in 60 to 70 per cent of patients. “This might create a coincidental scenario of exacerbated infection risk in patients who fail to regain cerebral blood flow, driven both by brain injury and t-PA treatment”, Dr Niego explained.

The researchers used a mouse model of AIS to mimic the situation in which a patient received t-PA after a stroke. They found that mice treated with t-PA had decreased white blood cell counts, altered cytokine profiles (used by immune cells to communicate with each other) and decreased numbers of dendritic cells in major lymphatic organs such as the spleen and in cervical lymph nodes, compared with control mice who had not received the drug.

They also found that the t-PA mice performed worse in terms of motor function.

Dr Niego emphasised that the researchers had not shown a causative link between t-PA-mediated suppression of the immune system and neurological deterioration after stroke. “At this stage this is only a correlation,” he said.

He said the observations made in the study were striking. “There’s more and more evidence accumulating that if t-PA works it changes life, but if it doesn’t work it can also cause quite a few issues to patients,” he said.

“The overall understanding is that we need to be smarter about the way we treat AIS patients using t-PA.”

The treatment should be refined and a more personalised therapeutic approach developed to identify those patients who are likely to benefit from the treatment. This would minimise the unwanted side-effects of t-PA while maximising treatment success and safety, the paper said.

Said co-senior author on the paper, Professor Robert Medcalf, who is continuing the work, “This is a new and exciting area linking t-PA thrombolysis with an unappreciated effect on the immune system.

“While this certainly has clinical implications, more work is needed to help us understand how t-PA performs this role on immune cell function. It is a great credit to the team to have discovered these new findings about t-PA. I’m very proud of them!”

First author on the paper was Dr Dominik Draxler.

Dr Niego’s research was carried out under a Heart Foundation post-doctoral fellowship.