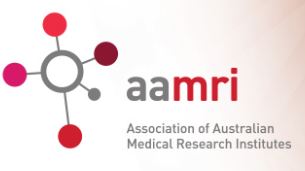 The federal budget 2016-17 announced on 3 May 2016 confirms continued building of the Medical Research Future Fund, says the Association of Australian Medical Research Institutes (AAMRI).
See full article or excerpt below.

The recommitment of the Federal Government to the Medical Research Future Fund (MRFF) is without doubt a budget highlight for the medical research sector, Association of Australian Medical Research Institutes (AAMRI) President Doug Hilton says. Professor Hilton said the medical research sector was eagerly anticipating the growth of the MRFF to $20 billion by 2020-21, at which point it will double Federal Government investment in medical research and bring Australia back into line with the OECD for such investment. Tonight’s budget indicated this growth was on track.

“The MRFF being announced as part of the 2014 budget was a big win for our sector, and important recognition of the critical role it plays in our economy,and the health of the community, through improved diagnostics and treatments, and tremendous savings tothe health system,” Professor Hilton said. Professor Hilton congratulated the government on its affirmed commitment to the MRFF, projected in budget papers to reach $20 billion by 2020-21, with $61 million in funding distributions from the fund for medical research in 2016-17, and another $723 million over the following three years.

“Hopefully this additional funding will reassure many concerned medical researchers that they have a future in Australia, after a recent survey by Professional Scientists Australia found four out of five medical researchers were considering leaving the sector due to a lack of job security primarily stemming from funding issues.