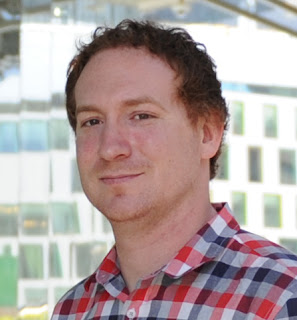 Welcome to Adjunct Associate Professor Dominic, who is joining the Department of Neuroscience.

Dominic is an analytical biochemist and imaging scientist who brings a data-driven approach to collaborative and transdisciplinary research. He recently joined the Monash eResearch Centre after holding ARC and NHMRC Fellowships at University of Technology, Sydney (UTS), the Florey Institute, and the University of Melbourne.

Adding to Dominic's background in anatomical pathology, he was awarded a PhD in Chemistry from UTS in 2009 and was later named UTS’ Young Alumni of the Year in 2018 (see video).

Dominic's primary research area is multimodal chemical imaging with an emphasis on human disease, working at the intersection of light microscopy and mass spectrometry imaging to unify the visible and invisible components of biological systems at the nanoscale.

He led the industry-supported Atomic Pathology Laboratory at the Florey Institute, and he brings his valuable collaborative partnerships with Agilent Technologies and the Australian Synchrotron to Monash eResearch and the Central Clinical School, where he will be establishing a new analytical R&D laboratory focusing on the emerging field of digital pathology.

Dominic is currently finishing his second doctorate in Global Health at the Royal Melbourne Hospital, which he embarked upon to support the extension of his work in basic science into clinical research areas. He says, "I am particularly keen to collaborate with CCS researchers who routinely use traditional pathology and light and fluorescence microscopy, to develop new innovative solutions using mass spectrometry imaging and digital pathology workflows."