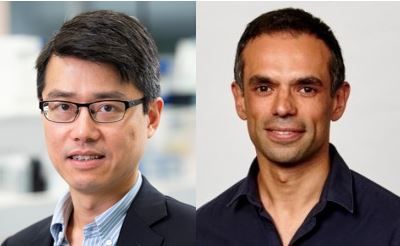 Like turning the bulky CD player into the Apple iPod, Monash University researchers have developed a small device that can perform molecular testing within minutes – making it possible to test people quickly outside traditional laboratories at the point-of-care/need.

All of the complex sample transportation and assay steps are performed in a standalone disposable cartridge, which is controlled by a battery operated, pocket size unit. Each test is expected to cost just several dollars.

"It’s like we have shrunk the power of a large computer mainframe into a smartphone," said Dr Alan.

According to Professor Kwan, the advantage of the Monash pocket molecular test device is that it is completely portable, allowing testing to be done in remote or isolated places. Because the test is much more rapid than lab-based methods (typically days), it can provide real-time results. The device is simple to operate and requires minimal training, allowing on-site testing.  The device can be produced at low cost, making it economical for mass population screening and affordable for developing countries.

The research team expects that the device will have broad applications, including diagnosis of infectious diseases and antibiotic resistance, food safety and water hygiene, and in places where lab tests are not readily accessible.

As an initial application the researchers have used the device to test for the SARS-CoV-2 virus which causes the COVID-19 infection. The test uses a swab from the nose or the throat and a simple colour change to detect the viral RNA in 35 minutes. Most rapid COVID-19 tests detect antibodies or antigens which are less sensitive and cannot differentiate variants of the virus. The current ‘gold standard’ for COVID-19 testing looks for viral RNA. This method detects the virus by testing for viral RNA (ribonucleic acid). However, currently these tests require complex equipment, trained technicians and can take days for the result as samples must be transported to a central laboratory, and then analysed.

According to Associate Professor James McMahon, Department of Infectious Diseases at Alfred Hospital, the Monash test could have many advantages: "These rapid testing platforms will shorten the time to getting results meaning people will be able to get back to their normal activities sooner. They are also hugely advantageous for people who can’t easily get to testing centres, the testing centre can come to them."

According to Professor Kwan, the device can be used to test for not only new variants of SARS-CoV-2 but also other pathogens or genetic materials by simply changing the assay, much like, as he said, changing the songs in an iPod.

"We are excited about applying this new technology to other infections, or to continue the iPod metaphor, its 'song' repertoire. This is not 'just another COVID test', but a platform technology that has many potential applications.

"Also, although there are many COVID tests, very few can be used at the point-of-care, and of the point-of-care tests, the vast majority are antibody-based, which is less accurate than testing the RNA, which is what our test does."

The research team is looking for partners to bring the device to the market. If you are interested to be part of this exciting project please contact Professor Kwan on email Patrick.Kwan@monash.edu.